Back to Metigoshe in Germany

Although new to Metigoshe treks, Judy Schroeder’s connection to our ministry runs deep as a cousin of long-time retreater and current year-round staff member Deb Syvertson. She is retired, and has traveled to 33 countries and 26 U.S. states. Judy was born in North Dakota, and worked for many years for Indiana U as VP of communications for the Alumni Association and editor-in-chief for their alumni magazine.

Judy reflects on our time in Leipzig on Sept 9. 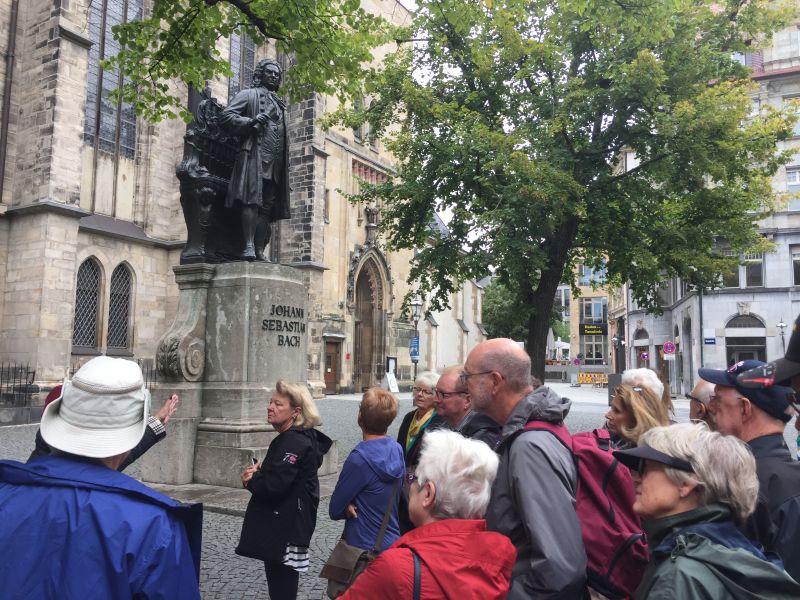 Leipzig, the largest city in Saxony, is ten times the size of Wittenberg. It has significant associations with Luther. At the site of what is now the New Town Hall, he engaged in three weeks of theological debate with Johann Eck in July 1519. In 1545 he rededicated the newly Protestant university church of St. Paul, a church demolished in 1968 by the ardently atheistic East German regime. But Leipzig is more famous for the panoply of composers (Bach, Mendelssohn, Schumann, Wagner) and authors (Goethe, Schiller, Lessing) who made it their home. More recently Leipzig was the site of the 1989 Peaceful Revolution, which led to the fall of the Berlin wall and the reunification of Germany. Our busy day combines all these elements.

We begin our tour at the Neo-Gothic St. Thomas Church. Bach was cantor here from 1723 until 1750, and his remains lie under the chancel. In the afternoon we attend organ vespers. Imagine hearing Bach’s music played in the church where it was first performed nearly 300 years ago! The young woman pastor speaks to the importance of free speech in ordering our society but admonishes the congregation to temper our discourse by adhering always to the Great Commandment. 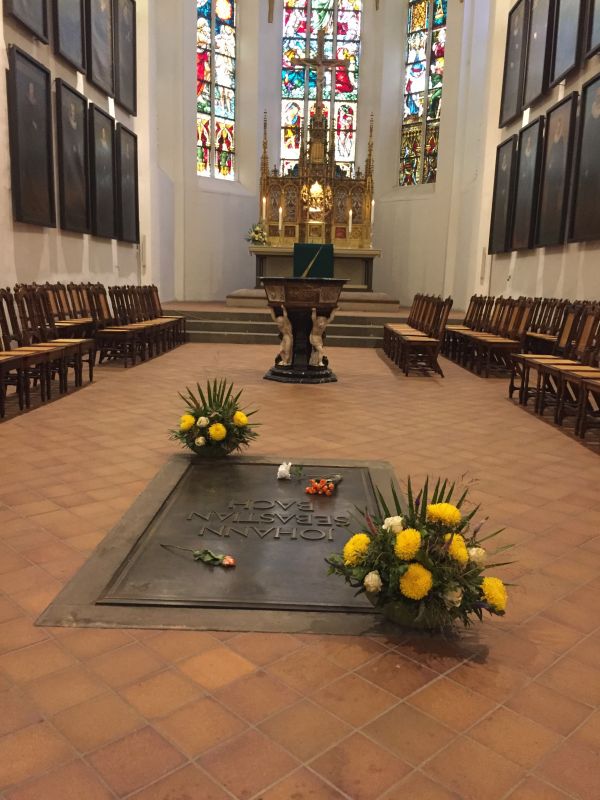 We also visit the St. Nicholas Church, one of three other Leipzig churches whose musical life Bach oversaw.  St. Nicholas Church has contemporary relevance as well. The Monday prayers for peace which began in the early 1980s at four Leipzig churches gave rise to growing demands for justice and respect, for freedom for those who think differently. The wife of the pastor of the Reformed Church tells our group of that experience. When artists approached her husband in 1988, asking the church to host an auction of their works to raise funds to hire lawyers for dissidents imprisoned in Berlin, he agreed. Members of the secret police told him, “If you don’t cancel the event, the police will come.” The pastor answered simply, “Then let them come.” The police didn’t come. The pastor’s wife recalls, “Although the secret service took down the names of everyone at the auction, somehow we lost our fear.” Peace prayer gatherings attracted those who wanted to leave the country. On Sept. 4, 1989, during the Leipzig Fair, when Western journalists were in the city, some people leaving St. Nicholas Church unfurled bed sheets on which they had written slogans supporting freedom and openness. The journalists departed; the peace demonstrators didn’t. Instead their numbers doubled each Monday. On Oct. 2 the 2,000 people leaving the church, together with about 8,000 supporters outside the church, were met by armed police. The demonstrators simply sat, in peaceful protest. By the following Monday tension had risen to a fever pitch. The state beefed up its police presence. But instead of the 20,000 protesters they expected, the police were met by 70,000 people carrying candles, not stones. As the pastor’s wife recalls, “Fear changed sides.” The courage of those who protested in Leipzig encouraged others in the former East Germany, resulting in free and open elections the following March. 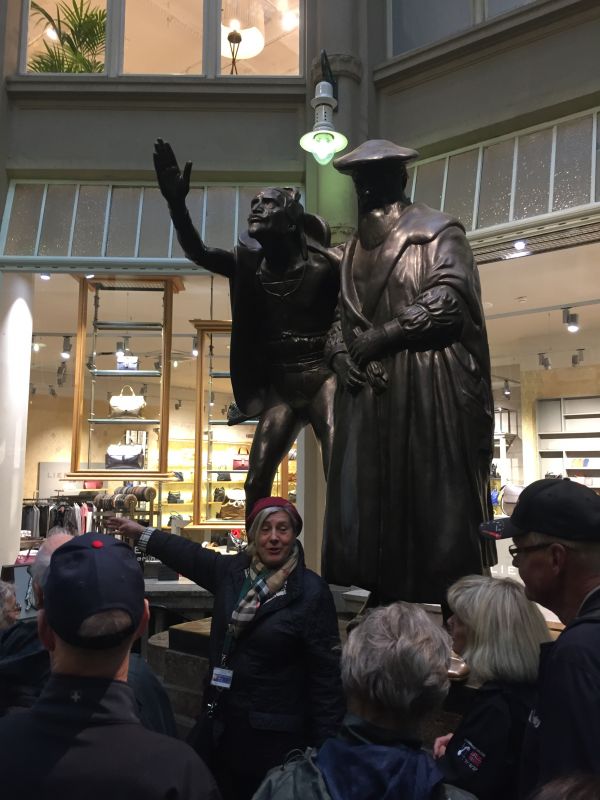 Our group celebrates freedom of a different sort with dinner at Auerbach’s Cellar. Auerbach, a contemporary and ally of Luther, was immortalized when the wine cellar he founded became, in Goethe’s Faust, the destination to which Mephistopheles takes the disillusioned scholar. We are not disillusioned by our delicious Saxon meal, complete with Roulade (beef roll), red cabbage, and Knödel (dumplings). As we board our bus back to Wittenberg, we rejoice that Leipzig, which became downright shabby as part of East Germany, has been restored to its historic splendor.

Back to Metigoshe in Germany