Rick Watson is a retired professor of Pop Culture, Communication Arts, and Music History at Minot State University. Raised in Mott, he has been a singer/songwriter and poet in North Dakota since 1967. He thinks of his songs and poems as “High Plains Creole.”
Rick was named 1978 Dakota Arts Quarterly state Songwriter and has been published in “Icarus: a Traveling Art Show”, Canoe, Lyrical Iowa, Northern Lights Journal, North Dakota Quarterly, and in a book; relocating Praise (Literary Modalities and rhetorical contexts, Plain song review and other Journals). Rick spends most of his performance time in classrooms, church basements, coffee houses and anywhere else people will listen. He has been called a strange fish in a small pond. In April of 2004 he was appointed as “life time” North Dakota Associate Poet Laureate, along with Louise Erdrich, one of his long time heroes.

Rick will be performing at the A-Frame Chapel on December 27. Bundle up and come and enjoy all of the fun as we celebrate “50+1” years of Nights. The evening fun begins at 7 pm. 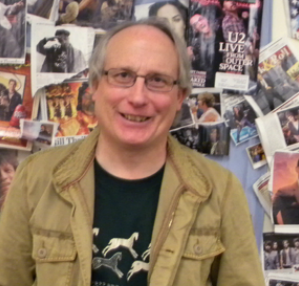